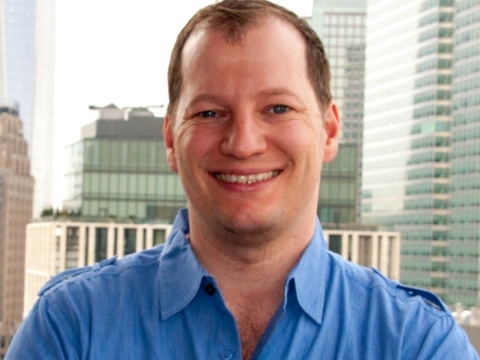 Networking events are a staple of doing business and David Olk, CEO of Voray, is out to change their often-bland format.

Current network functions are “inefficient, ineffective, stale and repetitive,” Olk told FierceCEO. “When you’re a CEO you’re always being invited to a lot of stuff.”

What Olk wanted to do was “create networking events people wanted to go to. A small dinner with people you want to break bread with.”

One big difference between Voray’s events and traditional ones is their size.

A traditional networking event can be 100 people, standing around, making small talk, but not really connecting. “You’re usually invited because the host wants to sell you something,” Olk said.

What Voray does is “curate” very small gatherings of professionals for dinner, in the range of 15 to 18 people, “that want to attend because it’s very different than any other networking function,” Olk said.

As a result, the event is like a private gathering, not a cocktail party. And guests leave with “more professional growth and new friends in the spaces they operate in,” Olk said. “Voray partners use the platform as a sales acceleration tool by making it easier to build relationships with prospects.”

Using its software, Voray sets up the event by identifying the people who will be invited.

Voray began as an experiment by Olk, who invited 18 friends to his home as a relationship-building exercise and, he said, “We expanded on that.”

The company began operating in January 2016 and is currently hosting events in four cities: New York, Los Angeles, San Francisco and Boston. Voray will begin its networking events in Chicago next month.

From there, Olk envisions being in all major U.S. cities in the next 18 months.

Voray is funded by its founders, including Olk, who is also a cofounder of point-of-sale system ShopKeep and was on the board of crowd-sourced funding platform Kickstarter.

ShopKeep is a SaaS technology company that, under Olk, grew to one of New York City’s largest software companies, with over 25,000 enterprise customers and raising over $100 million in capital.

“I feel like it’s very easy for anyone to become an executive at a large company,” Olk said. “But it’s harder to build things. ... (I've) always wanted to build things that would help people.”

An ability to take all of the emotion out of the room and be pragmatic.

The best way is to conduct a lot of customer discovery.

Always focus and not be distracted.

The role of a CEO is to hire, inspire, retain and never run out of capital.