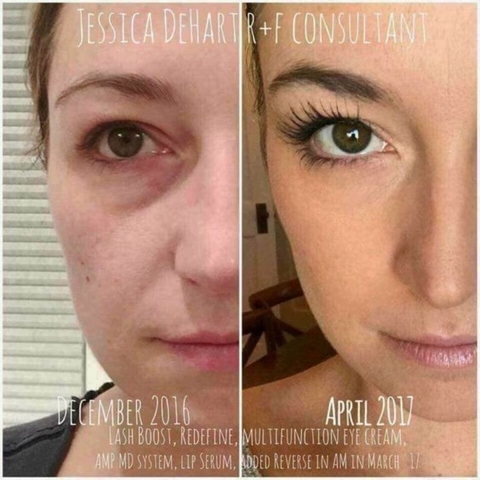 If you have been on Facebook and you are a woman, you have seen the photos: a progression of pictures of a middle-aged woman who has started using a special beauty formula that gradually erases her wrinkles—or another photo gallery of a customer who has grown her eyelashes to boundless lengths. San Francisco-based Rodan +Fields has been introducing skincare products successfully this way for the past decade—and scores of imitators are succeeding with the same methodology. For example, fueled by social media testimonials and a robust direct selling force, the serum Lash Boost from Rodan+Fields briefly sold out this summer and the company recently told The New York Times that sales of the product—which costs up to $150—should top $175 million in its first year. The popularity illustrates the modern dynamics of direct sales campaigns, which used to be associated with visits from Fuller Brush and Mary Kay. Now, direct selling is being used online to hawk everything from jewelry to shoes to mattresses to lingerie. And it’s a trend that is only going to grow, according to the Direct Selling Association, which reports that a record 20.5 million people were involved in direct sales in the United States in 2016—a 1.5% increase from the previous year—and of those 5.3 million are building independent businesses. What’s more, the annoyance factor of these ads is lower than some other direct sales gambits: They sure beat a call at dinnertime from that Caribbean cruise line. (The New York Times)

According to the U.S. Census Bureau, the nation’s population is projected to grow from 314 million in 2012 to 420 million in 2060, an increase of 34%—and by 2029, when all of the Baby Boomer generation will be 65 or older, more than 20% of America’s population will be classified as aged. That’s a number that calls out to ambitious entrepreneurs. And now, in Monterey, California, a new startup is “bloody well” going to succeed using those demographics. Ambrosia, an outfit founded in 2016 by 32-year-old physician Jesse Karmazin, is offering transfusions of plasma, taken from teenagers, to enliven the blood of their elders. The human plasma is transfused, 1.5 liters at a time, during a period of two days and at a cost of $8,000. To date, Dr. Karmazin has signed on 600 clients at a median age of 60 for what he is calling a “study.” It takes multiple donors to “throttle up” each elder client and the plasma is obtained from blood banks. Karmazin says that, among the benefits to be derived from the transfusions, are a lesser chance of succumbing to cancer and Alzheimer’s, as well as an improvement in memory and a decrease in sleep disorders. ““As people get older, they have much more difficulty sleeping,” Dr Karmazin told The Guardian. “Improve that and you get benefits in mood, immune system, weight management and much else.” Karmazin has good credentials, as well as a good imagination: He earned his undergrad degree at Princeton University in 2007 and his MD at Stanford University in 2014. (The Guardian)