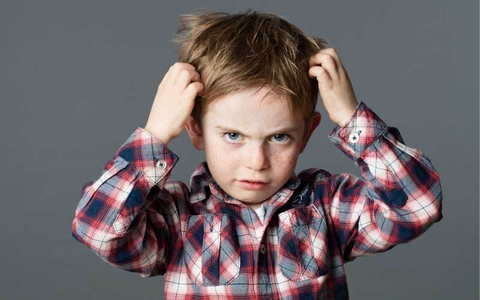 Back to school is good news for the boutique lice removal business. (STUDIOGRANDOUEST/Getty)

The U.S. Centers for Disease Control and Prevention estimates that each year, 6 million to 12 million children, ages 3-11, will suffer from head lice. Until recently, parents were forced to use a barrage of do-it-yourself remedies to cure each infestation. But what was once a homey—if disgusting—therapeutic rite of passage is becoming a multimillion-dollar industry, right alongside parent-baby music classes and tutoring centers, The New York Times reports. The godmother of nitpickers is probably Dalya Harel, 56, an Israeli-born mother of eight now living in Brooklyn, who became an expert after one of her daughters caught lice in 1985 after entering school. Harel combed it out with margarine (conditioner came later), and the word spread. “I did it as a favor to friends,” she told the local news outlet at the Park Slope, New York, branch of Lice Busters, “and then the principal hired me to do their class, and the rest is history.” Indeed, the home-based business was so successful that in 2003, Lice Busters opened in a Park Slope storefront. She now employs about 20 technicians in Midwood and Park Slope. The cost for removal is $150 to $250, depending on the severity. And the trend is spreading nationwide. Katie Shepherd, a lice expert in West Palm Beach, Florida, runs a nonprofit institute that offers lice-removal certification to people seeking to open salons. She told the Times that there were about 1,000 combing businesses in the United States last year, up from about 40 in 2009. (The New York Times)

Who hasn’t considered getting hitched in Las Vegas by an Elvis Presley impersonator? Marriages draw in about 4% of annual visitors to the city, and they are integral to the municipal identity. But these days Elvis may be looking for a few new gigs, according to a July 11 report by Bloomberg. Indeed, the local wedding chapels have seen business dwindle as American couples forgo marriage in growing numbers. In 2014, just half of Americans were married, according to Pew Research—down from 57% in 2000. To make up for losses, in 2015, the surrounding county introduced a $14 surcharge on marriage licenses to pay for marketing, and local business leaders helped start a Wedding Chamber of Commerce in 2016. But will the effort pay off? Bloomberg reports that the number of wedding licenses issued in Las Vegas has stabilized in recent years, partly reflecting the rise of gay unions, which became legal in Nevada in 2014. Meanwhile, Oscar Goodman, who was Las Vegas mayor from 1999 to 2011, can even see a silver lining. In an era of fewer weddings, more single people may be willing to spend money on entertainment at casinos and other attractions, he said. “People come here to have their wedding, and people come here to avoid a wedding,” he said. “Nobody should cry for Las Vegas.” (Bloomberg)

In an appearance at the National Governors Association 2017 Summer Meeting in Providence, Rhode Island, on July 15, Tesla and SpaceX CEO Elon Musk described artificial intelligence (AI) as “the greatest risk we face as a civilization,” and called for swift and decisive intervention by the U.S. government to manage the technology’s development, according to a report by Fortune magazine. “AI’s a rare case where we need to be proactive in regulation, instead of reactive. Because by the time we are reactive with AI regulation, it’s too late," he remarked. Musk then drew a contrast between AI and traditional targets for regulation, saying “AI is a fundamental risk to the existence of human civilization, in a way that car accidents, airplane crashes, faulty drugs, or bad food were not.” Part of Musk’s worry stems from social destabilization and job loss. “When I say everything, the robots will do everything, bar nothing," he said. But Musk's bigger concern has to do with AI that lives in the network, and which could be incentivized to harm humans. “[They] could start a war by doing fake news and spoofing email accounts and fake press releases, and just by manipulating information," he said. "The pen is mightier than the sword.” (Fortune)