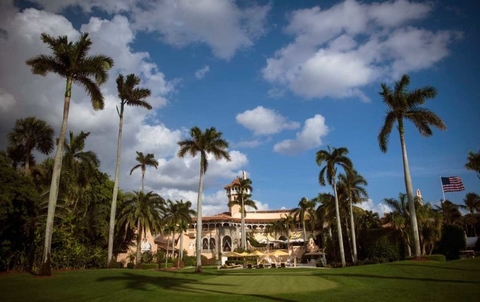 Nine out of 16 charity events scheduled for the Mar-a-Lago social season have been cancelled. (Mara-a-Lago Club)

Another Palm Beach charity has opted to cancel its plans for a gala at President Donald Trump’s Mar-a-Lago Club—the ninth to back out of a big-ticket charity event at the private gathering spot since the alt-right march on Charlottesville, Virginia, on Aug. 11 and 12, according to a report by the Washington Post. The Preservation Foundation of Palm Beach, dedicated to the “cultural heritage” of what is known locally as The Island, had planned to hold a dinner dance at Mar-a-Lago next March. The group was a new customer—and potentially a profitable one: It spent $244,000 on rent and food on a previous gala at another site, according to tax filings accessed by the Post. However, “Given the current environment surrounding Mar-a-Lago, we have made the decision to move our annual dinner dance,” Amanda Skier, the foundation’s executive director, said in a written statement obtained by the D.C. news outlet. She did not say which venue the foundation would use instead. Such losses—nine out of 16 of the major events planned for the social season—could reduce Mar-a-Lago’s annual take by millions and becalm the convivial ambience enjoyed by the president during his frequent visits. Other organizations that have cancelled include the Salvation Army, Susan G. Komen, the American Red Cross, the Cleveland Clinic, the American Friends of Magen David Adom, the American Cancer Society, Big Dog Ranch Rescue, and the Autism Project of Palm Beach County. (Washington Post)

On Aug. 14, the Wounded Warrior Project announced a partnership with Rochester, New York-based smart eyewear manufacturer Vuzix and Winchester, Virginia-based software company Cyber Timez to provide high-tech glasses to thousands of visually impaired veterans. The Cyber Eyez smart glasses use both artificial intelligence (AI) and augmented reality (AR) to provide a wide range of vision enhancement and services to 175,000 American veterans with low vision and blindness. All 42 Wounded Warrior battalions and 40 Army Medical Centers will begin introducing Cyber Eyez on the Vuzix M300 to American veterans and their families, as well offering assessment, training and technical support services. These eyeglasses can magnify images up to 15 times, read text in more than 100 languages, count money in hundreds of currencies, identify more than 16 billion objects, scan barcodes, recognize more than 1000 colors and identify facial cues. By using a high-definition camera and an optical character recognition engine, Cyber Eyez provides highly accurate text recognition plus the ability for virtually any text or signage to be read to the end user in real time with no internet connection—while still maintaining privacy. “Our goal with this project at the Wounded Warrior Program is to outfit thousands of American veterans and wounded warriors impacted by low vision and blindness, both men and women with smart glasses to help them find jobs, improve their quality of life and give them financial independence,” said David Godbold, Ph.D., national director of the Wounded Warrior Program. (Vuzix)