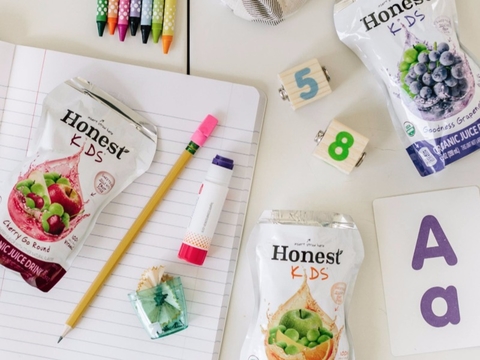 If there is brand equity for a product that already exists, do not change it.(Honest Tea)

Brand equity should be given heavy weight in any acquisition because it can be so ingrained as part of a company’s reputation.

M&A “can be one of the most significant reputational risks that a company can go through and it is often the intangible assets such as brand, culture, and reputation that cause the most challenges after the close,” said Bonnie Caver, CEO of Reputation Lighthouse, a branding and reputation firm.

As for whether companies should change corporate and product names after an acquisition, “Much of the answer depends on the brand equity and overall brand awareness of the acquiring company,” said Don Mennig, senior vice president of marketing Evolve IP, a Cloud services provider. “Additionally, B2C and B2B have different considerations with different buyers and potentially multiple users influencing the decision.”

More than any other sector, consumer companies (consumer discretionary and consumer retail) are more likely to retain their acquired brands, according to a study by brand strategy firm Landor. Just under 60% of consumer companies rebrand, indicating many want to retain the equity of their acquired brands. Coca-Cola’s acquisition of the organic tea company Honest Tea is an example. Though the deal closed in 2011, the parent company has not made any significant branding changes.

The IT, financial services, health care and energy sectors display the highest likelihood of changing an acquired brand, transitioning between 75% and 80% of acquisitions. These industries place more value on the acquirer than the acquired brand; the numbers demonstrate a propensity to start transitioning a brand as soon as the deal closes. Capital One completed its acquisition of ING Direct in February 2012 and soon after rebranded it Capital One 360. IBM has been on an acquisition spree over the past year, buying companies such as Clearleap, now known as IBM Cloud Video.

If there is brand equity for a product that already exists, do not change it, said Sean Donahue, executive vice president and creative director at DDCWorks, a branding agency. "Let it continue successfully. That is why Coca-Cola kept the name Honest Tea when it bought the company."

In the case of Capital One, customers are now under its banner, which has its own business, so essentially the service may change. “In this case there is no product and the book of business is being purchased, so there is no brand equity since what is behind the brand is changing,” Donahue said.

The energy and utilities sector is quickest to rebrand acquired companies, with 60% of brands changed within 12 months, according to Landor’s study. IT companies exhibit less urgency, transitioning half of acquired brands within the first year and 76% by year seven. Health care and financial services companies show similar behavior. Telecommunications and industrial companies are slowest to change acquired brands, with a respective 8% and 24% of acquisitions transitioned within the first 12 months.

“There is no single, cookie-cutter approach to brand strategy during a merger or acquisition,” said Louis Sciullo, executive director of financial services at Landor. “The ideal approach to brand acquisition strategy comes from a thorough understanding of the unique combination of factors specific to the acquiring and target companies.

Generally, the larger the transaction, the longer the transition time. Mergers of equals result in brand transitions 38% of the time. In theory, a merger of equals should be a simple conflation of the two existing brand names; for example, Alcatel-Lucent, DaimlerChrysler, and MillerCoors. But the fact that nearly 40% of mergers opt to rebrand reflects a desire to create a new, future-focused source of value—from the brand as well as the business.

A smaller deal is highly indicative of the likelihood of changing the acquired brand: 78% of transactions under $99 million were rebranded compared to only 46% of transactions over $5 billion. Highly acquisitive companies such as Alphabet and Microsoft display a greater propensity to rebrand, at a rate of more than 80%. Alphabet’s brand architecture strategy is particularly interesting, with Google rebranding its corporate identity to facilitate M&A activity.

“You have to ask, how valuable is the brand?” said Jeff Walker, senior partner at VSA Partners, a branding and marketing firm. “It can be 40% or more of the business you buy, so you have to make sure you’re getting it right.”